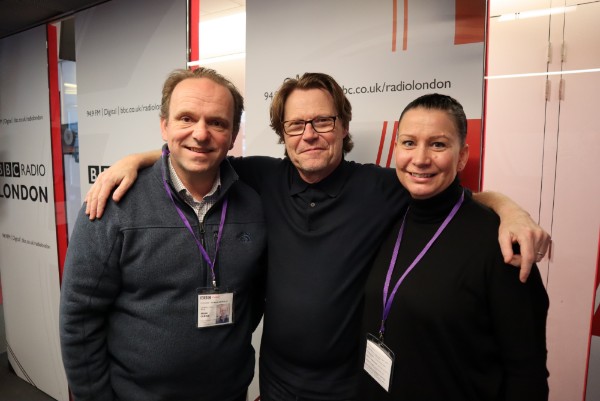 “We are not gonna talk about Brexit, honest” is how Robert Elms introduced us today on his show.

Mark Currie, 1000 Londoners Creative Director, and Erika Barry, a Londoner who will be featured in our upcoming season of films ‘Goodbye Europe’, we’re delighted to be invited by the BBC Radio London. Hear what exactly is ‘Goodbye Europe’ and how it’s about fascinating people, not necessarily about political discussions, in this radio clip:

Many thanks to the BBC Radio London for having us!

And do join the upcoming 1000 Londoners ‘Goodbye Europe’ Movie Nights: