Nine Elms Past and Present 1000 Londoners Premiere at Outdoor screening 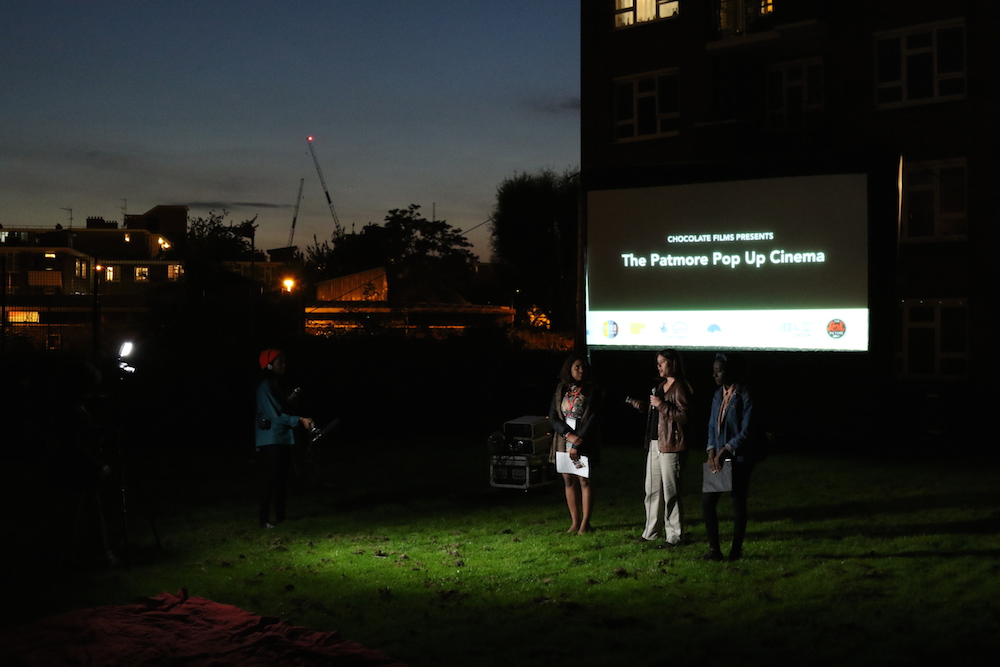 Last Saturday Chocolate Films hosted a very special pop up outdoor screening for 1000 Londoners Nine Elms Past and Present. The night was hosted by the 1000 Londoners Young Ambassadors Mia, Nyasha, Shelana and Gemma who did a stirling job introducing the films, hosting the Q&A and gathering Vox Pops.  We screened four films from the Nine Elms Past and Present series, Ted, Gabriel, Brian and Jeanne, which were all made by young people on Chocolate Films workshops. It was fantastic to see the films screened at the location where they were filmed and great to see so many supporters of the project present at the screening.  We were immensely proud of all the hard work of the Young Ambassadors and can’t wait to see the website and exhibition that they will be producing for the project this Autumn.

The screening was a great success and wouldn’t have been possible without support from  The Heritage Lottery Fund, The Lost Picture Show, Wandsworth Council, Nine Elms on the Southbank and Film London.