No longer a stranger 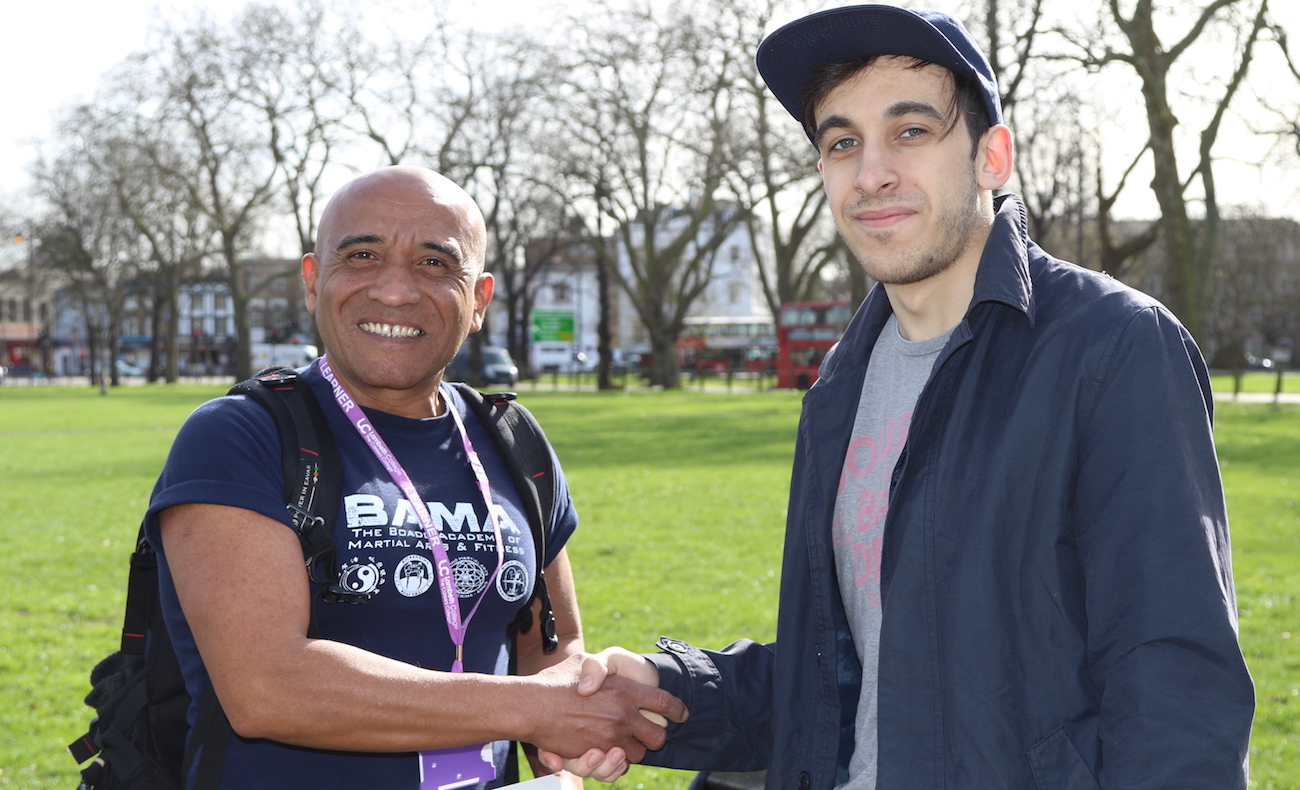 Do you sit on a bus without talking to people, without even looking at them? Do you catch yourself checking your phone whenever you have to wait, even during those 30 seconds queuing in the supermarket? It happens to me.

With sunny weather arriving in London, we decided to try and break this chilly behaviour, even if it were just for two minutes.

I ventured to Clapham, armed with a smile, 1000 Londoners postcards and a camera. The idea: creating random encounters between two Londoners. I tried walking up to someone and having them introduce themselves to the next passer-by, asking two people sitting opposite each other in McDonald’s if they have met, spotting spontaneous encounters in a children’s playground…

The outcomes varied. I took off very optimistically and must admit that after a couple of hours I thought: maybe Londoners really don’t want to get together? There were grumpy reactions: “No, Londoners don’t want to meet!”, “Maybe some people just want to be on their own?” and “All everyone does is looking at their phones. They walk around with it, it’s the first thing that comes out on the bus, they even go to bed with it.”

Luckily others’ looks brightened instantly when I explained the idea. Brave women tried to engage in a conversation with a stranger on the street or the Tube; a young man opened up directly when an older lady spoke to him.  Looking back, even if just one out of ten attempts worked, the encounters were real and smiles turned up on people’s faces.

Recently Time Out wrote ‘London is the least friendly city in the UK’. Shall we, this Spring, put those screens away every once in a while and say hi?

Singh walked into Khan’s shop: “I come here often as a costumer. I’ve been coming here for two years. We do chat, quite a lot. ‘Cause he speaks the same language as me, Persian.” Singh and Khan are #NoLongerAStranger. Read more about this new 1000 Londoners series on 1000londoners.com/blog #Clapham #London #Persian #spring #shoplocal