Who is London’s favourite fictional Londoner? 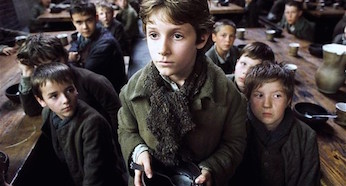 As 1000 Londoners reaches 50 profiles today we thought we’d have a look back and see who London regards as their favourite fictional Londoner. Our Londoners seem to love:

Spies
James Bond, Harry Palmer and Austin Powers all feature heavily on the list. For Bond, nobody specified an actor, but we’re going for Roger Moore as he’s the only real Londoner to play him.

Michael Caine characters
Three of his characters are seen as favourite fictional characters: Harry Palmer again, Sherlock Holmes and Alfie (Ted specifically choosing the Michael Caine version). We’re expecting to hear more of these over the next few months – even his characters who aren’t meant to be Londoners somehow end up being from London?

Dickens characters – The favourite three Dickens characters are a murderer (Bill Sykes) a homeless child (Oliver Twist) and a man accused of treason (Charles Darnay from A Tale of Two Cities). Surely Christmas will bring votes for Scrooge and Tiny Tim?

Non-humans – both Paddington and The Wombles (chosen by Yvonne) are much loved by our Londoners. And one Londoner chose Garfield from “A Tale of Two Kitties”. Garfield? Seriously, Saf?

Of the fifty people asked, there were only three women on the list, with one vote each. Peggy Mitchell (EastEnders) Yvonne Atkins (from Bad Girls – chosen by Anthony) and Eliza Doolittle from My Fair Lady.
Surprisingly, there’s no mention of Mary Poppins, Bridget Jones, Mr Bean, or The Avengers. And there’s not a single non-white or LGBT Londoner on the list, but there’s still 950 to go…

But it’s no surprise that the overwhelming winner is Sherlock Holmes with more than a third of our Londoners choosing him. Sherlock seems to unite Londoners of all ages and beliefs, from Ken Livingstone to Alexandra Burke. The next most popular choice is Oliver Twist with just four votes.

Several Londoners chose not to answer