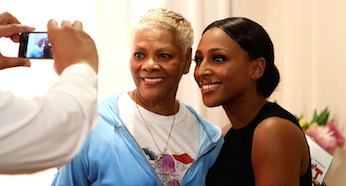 It’s hard to walk around the streets of London without brushing shoulders with a celebrity or two. With that in mind, it seems inevitable that we would stumble across a whole swathe of stars over the course of the 1000 Londoners series. As the most in-depth and expansive documentary series ever produced about London, we felt it was necessary to show the celebrity and showbiz side of the city’s community. We’ve compiled a list of the most noteworthy celebs to have honoured us with their presence in the 1000 Londoners films so far…